Who was Hannah G. Solomon 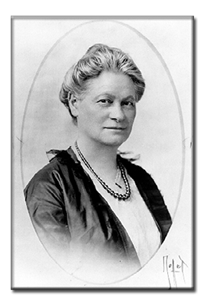 Hannah G. Solomon was one of the foremost Jewish women of this era. She possessed a great understanding of people and devoted her life to helping in the causes of humanity and justice. She worked unceasingly to better the existence of the underprivileged and gave her best efforts to the advancement of culture. The influence of her activities was felt not only in our country but internationally.

Hannah G. Solomon founded the National Council of Jewish Women at the turn of the century. She accompanied Susan B. Anthony to the meeting of the International Council of Women in Berlin in 1904. A native of Chicago, she became a leader in many Jewish and social causes in the city and state. She created the Bureau of Personal Service to aid Jewish immigrants to adjust their lives to American customs. Her many other civic posts were the presidency of the Illinois Industrial School for Girls and during World War I, the chairmanship for Chicago of the Women's Division of the State Council of Defense.

We are happy and proud to have our school bear the name of one so illustrious.